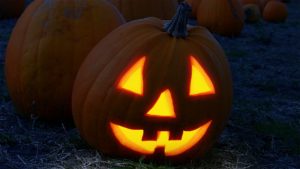 Many changes to the Condominium Act, 1998 and related legislation are due to come into force tomorrow, November 1, 2017. Are you ready?

Do keep in mind that the November 1, 2017 changes are just a portion of the changes to the condominium legislation. Many changes will come into force on future (unknown to a large extent) dates.

The November 1, 2017 changes focus on four main areas of changes, as follows:

These and other changes, some subtle and some substantial, are found throughout the Condominium Act, 1998. This list includes the following:

This is not an exhaustive list. In addition to the changes to the Condominium Act, 1998, the mandatory licensing requirements of the Condominium Management Services Act, 2015 come into force on November 1, 2017.

So, what should we look out for at the outset?

This is perhaps the most immediate concern, especially given that penalties will now be up to $5,000 for non-compliance and the deadlines for response are firm. (As short as 15 days depending on the request).

Forms relating to many of the aforementioned changes have not yet been released as of October 30, 2017. This will be important of course.  For example, while there is a transition period for owners’ meetings, mandatory proxy forms still apply. Other forms of note will include records requests forms.

Directors will be required to disclose various matters to the Board. There is no mandatory form, and condominiums should have a checklist or form available to assist with the process.

Until these changes become ‘second nature’ (which may be never), the best advice is to check each step related to the Act to determine if a change is now in effect. For example, if you are sending out a Rules change notice, check to see if the Rules enactment procedure has changed (hint – it has, slightly). In addition, some changes to the Condominium Act, 1998 previously discussed throughout the year (eg. requisition meeting changes, and non-leased voting unit issues) which may have initially been thought to come into force with the first phase of changes, will be delayed.

Stay tuned for further updates on the rollout of these various extensive changes to the condominium legislation.