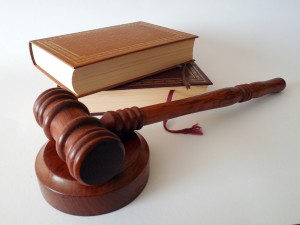 Bill 106 (An Act to amend the Condominium Act, 1998, to enact the Condominium Management Services Act, 2015 and to amend other Acts with respect to condominiums) was introduced in May 2015, recently passed second reading and at the date of this writing is being considered by Committee.

One of the central changes in Bill 106 is the creation of the proposed ‘condominium authority’ (the “Authority”). Here, I will briefly explain the structure and purpose of the Condo Authority and proceed to comment on the its goals and potential concerns.

The funds to operate the Authority will be raised through special powers to collect fees from condominium corporations. The provincial government has indicated that there may be a $1 per month fee per condominium unit, although this is far from a guarantee. Fees for users of the Authority’s services would also apply.

If such authority is delegated, the Authority would also appoint a Registrar to oversee reporting requirements by condominiums. There will be a series of returns to be completed, including an initial return, a turnover return and an annual return. Additional returns may be required by the regulations. Bill 106 also would require, unless the regulations state otherwise, that returns be filed when new directors are elected or appointed.

The Minister may also require the Authority to ensure that one or more condominium guides are prepared, at the discretion of the Minister, which may include: (a) information for purchasers of units or proposed units; (b) information about the rights and obligations of owners, occupiers of units and the board. Furthermore, the regulations may authorize the Authority to oversee training for condominium directors.

The centrepiece of the Authority is to establish a ‘Condominium Authority Tribunal’ (the “Tribunal”). Members of the Tribunal would be appointed by the Authority. Condominium corporations, owners or mortgagees could apply to the Tribunal for the resolution of certain types of disputes. These types of disputes are to be established by regulations. Of course, no regulations have been published so we cannot be sure of the content.

Published information from the provincial government appears to indicate that the types of disputes which would be heard by the Tribunal would include: enforcement of declarations, by-laws and rules, procurement processes, access to condominium records and procedures for requisitioning a meeting of owners.

Some disputes are explicitly excluded from the Tribunal’s jurisdiction, including disputes relating to ownership, title to property, liens, occupier’s liability, dangerous activities and some other matters.

The Authority’s stated goals are certainly laudable and worthwhile. These goals would include: access to quicker and less costly dispute resolution procedures, education and awareness for owners and purchasers of condominiums, and the creation of a registry of condominiums resulting from the mandatory returns as discussed above.

These are all changes for the better and long overdue. In particular, the current dispute resolution procedures of Court Applications or mediation and arbitration of disputes can be unwieldy and costly.

However, as with any change, some fears/concerns arise. These concerns are exacerbated by the fact that much of the content of the Tribunal specifically, and of Bill 106 in general, will be left to the regulations, the content of which is currently unknown.

In addition, it remains to be seen if the apparent funding formula under discussion of $1 per month per condominium unit will be adequate. If this fee was to increase significantly, then condominium budgets and homeowner budgets may be adversely effected.

It is also hoped that the Tribunal can reach its stated goal of quicker resolution of disputes. The time required to hear and decide disputes may be a function of the funding available. That is, as per the concern stated in the preceding paragraph, maintaining an efficient and streamlined system is likely to come at a cost.

It is hoped that frivolous or vexatious applications (either by condominiums or by owners) can be ‘weeded out’ (dismissed) at an early stage. Bill 106 contains provisions to such effect, although it remains to be seen in practice how the Tribunal will apply such powers of early dismissal. Perhaps the regulations and the Tribunal’s Rules of Practice will provide more guidance.

The fear and concern here, especially for condominium corporations, may be that from time to time they will incur legal fees responding to frivolous claims. The Tribunal’s powers will include ordering costs which may be some disincentive. The challenge will be to balance reasonable cost recovery for a successful party while not deterring affordable access to the process for genuine disputes. The regulations and Rules of Practice may shed some more light on how such issues are to be addressed.

While there are concerns with the Authority, and some inevitable growing pains can be expected, I remain optimistic that the new system will be a marked improvement over the current system.

The foregoing discussion is based upon the state of the legislation as of October 2015. There could be various changes prior to enactment.