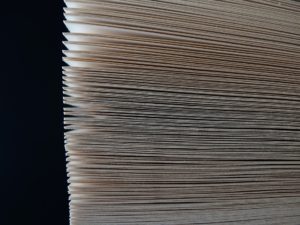 On February 13, 2017, the Ontario government (finally) released some details concerning the proposed regulations (the “Regulations”) under the Condominium Act, 1998 (the “Act”).

The Regulations address only a few areas of the overall changes to the Act, said areas being:

II.  Director Qualifications and Training (planned to come into force on July 1, 2017)

Keep in mind that the amendments to the Act are not yet in force, and these comments are based upon information available from the Ministry to date. More detail is to follow in the draft Regulations. Comment on these proposed Regulations may be made to the provincial government until March 30, 2017.

While the government has provided a ‘plain language summary’ of the changes, that summary is 39 pages long. Here, I will further summarize (some aspects of the Regulations will not be covered here) and point out some highlights, using the general areas of change outlined above.

I.     COMMUNICATIONS (to Owners and Mortgagees)

The new s.26.3 of the Act references requirements for certain “information certificates” to be sent by the Corporation to owners and mortgagees. These are to include:

This information certificate is to be provided by the condominium to owners twice per fiscal year, within 30 days of the end of the first and third fiscal quarters. Much of the information is similar to what might be found in a Status Certificate, although there are quite a few additional requirements and explanations required.

To be required upon various events, including upon any change in directors, management and addresses for services for same.

To be sent within 15 days of a new owner giving notice in writing of becoming an owner. The NOIC is to include a copy of most recent PIC and ICU, and any other materials required by the by-laws.

There will be a limited exemption to providing any of the information certificates for condominiums of fewer than 25 units, and where 80 percent of the units consent in writing to dispense with the requirements in that fiscal year.

B.  Record of Owners and Notice to Owners

There will be a specific requirement for new owners to provide the owner’s name and unit number information as soon as possible after becoming an owner, and in any event within 30 days.

The changes to the Act provide that owners may receive notice from the corporation by fax, email or other method of communication if the owner agrees. The Regulations will provide for the basic requirements for an ‘agreement to electronic delivery’.

II.     DISCLOSURE AND TRAINING FOR BOARD MEMBERS

What’s in the disclosure? The list is lengthy, but includes information regarding legal proceedings involving both the candidate and the corporation, information on any convictions under the Act or Regulations, disclosure of interests in contracts and transactions involving the corporation or the developer, and a statement if the candidate is in common expense arrears more than 60 days.

For post-turnover Boards, the disclosure obligations of board members is similar to that required and explained above concerning candidates. Keep in mind that under the new s.29(2)(f) of the Condominium Act, a director who does not provide the required disclosure within the required time immediately ceases to be a director.

Directors would be required to complete training within six months of being elected or appointed, if elected or appointed after the applicable Regulations come into force. The Condominium Authority is authorized to either develop the content of the training or designate another organization that would be authorized to provide the training. Directors have the right to be reimbursed for the costs directly incurred in the required training.

1. Preliminary Notices and Notices of Meeting

If the meeting includes election of directors, the preliminary notice must include a request that candidates notify the board in writing of their intention to be a candidate. The candidates would also need to provide any required disclosures together with their notice of intention to be a candidate. The preliminary notice must also include the text of s. 29(1) of the Act, together with the applicable portion of the Regulation regarding candidate disclosures.

Where the removal or appointment of the auditor is to be included on the meeting agenda, the preliminary notice must also include a request that owners wishing to propose a candidate for auditor do so in writing prior to a stated deadline. Such information would then be included in the notice of meeting.

The preliminary notice must also request that if owners wish to include any material with the notice of meeting, that it be provided by a stated deadline.

The Board would not be required to include such material in the notice of meeting unless the submission is made on behalf of at least 15 percent of the owners, and the submission does not request to add anything to be presented at the meeting that is contrary to the Act or Regulations.

B. Quorum and Voting

For turnover meetings, annual general meetings (and any other meeting to elect directors or appoint a new auditor), quorum would be at least 25% of owners on the first and second attempts to hold the meeting, and 15% on subsequent attempts.

The summary of proposed regulations on this issue is very brief and somewhat unclear. The draft regulations are particularly important to review here. There would appear to be a deemed provision in condominium by-laws (subject to certain exceptions) concerning disclosure or non-disclosure of the voting person’s name or unit.

There will be new mandatory proxy forms. There is little detail beyond that fact in the summary.

Board meetings may be held by teleconference, or by any other communications system, provided that the directors may communicate concurrently (without the need for a by-law as is currently the case). Note that s. 35(5) of the Act would require all directors to consent to this method of holding the meeting.

By ‘default’ in the Act, by-laws must be approved by a majority of all units (whether present in person or by proxy at the meeting or not).

This basic requirement will remain the same however there will be various limited exceptions, primarily relating to information certificates, candidate disclosure, means of communication, some meeting/voting requirements where the threshold will be a majority of votes cast at the meeting.

The records access process would essentially be as follows

Request –Using a standardized form the requester would identify the records requested and the preference as to access (eg. delivery by email, hard copy, examination in person.

Board Response – The Board would be required to respond within 15 days using a standardized form, including itemized estimate of cost of access, and identifying any records or portions of records not to be provided, and the reasons for same.

Requester Response – The requester would respond using the Board’s standardized form confirming the records requested, together with any payment.

Some details of the process depends upon whether documents requested are ‘core’ or ‘non-core’ documents.

If the requester does not agree to electronic delivery, then the corporation may charge for printing/copying costs only. Paper copies must be made available or delivered within 7 days of receiving the Requester Response together with payment of the estimated copying cost.

If the requester requests to examine the records in person, the records would need to be made available within 7 days of receiving the Requester Response together with payment of the estimated costs. Here, the corporation could charge labour costs for examination and copying and printing costs if applicable.

The process described above applies to non-core records, with the following changes:

Overall, the ‘Access’ portion of the summary could be clearer and we will be looking to the Regulations for such clarity.

Photocopying could be charged at a rate of up to $0.20 per page. Labour and delivery fees must be reasonable and constitute reimbursement of the corporation for the actual costs incurred by the corporation in providing access to records.

If the Corporation, without reasonable excuse does not permit access to records under s. 55 of the Act, the corporation is subject to a penalty of up to $5,000.

That’s a lot to digest. Keep in mind that this is only a portion of the changes to the Regulations.

I may be providing a more in depth summary of these general areas in separate posts going forward.

← Draft Condominium Management Regulations Released
Insurance Deductible By-laws under the new Act – Will they be Grandfathered? →