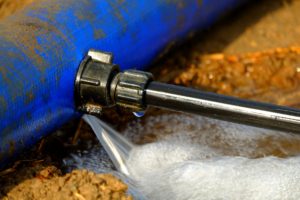 Under the Act currently, a Corporation can chargeback to an owner up to the amount of the Corporation’s deductible IF:

This is of limited benefit to a Corporation if, for example, there is a flood from a unit that damages units below.

However, the Act states that the Corporation can enact a by-law to EXTEND the circumstances above (an “Insurance Deductible By-law”). Usually, that means a by-law to allow for insurance deductible recovery from an owner with respect to damage to other units, and the common elements.

The most typical Insurance Deductible By-law in our experience (and the usual case from the original builder by-laws for new condominiums) has been a by-law extending the circumstances such that the Corporation can recover where an act or omission of an owner damages other units and the common elements (‘Typical By-law’). Note that the caselaw confirms that a Corporation need not show negligence of an owner, just that an act or omission caused the damage.

Some condominiums have enacted Insurance Deductible By-laws that go even further. These by-laws for example make the owner responsible for any damage originating from the unit (except if caused by the Corporation) and in general for any damage to the owner’s unit at all, however caused (a “Strict Liability By-law”). This is quite broad and to a large degree the purpose is to avoid any disputes about causation.

Under the proposed changes to the Act, (which are not yet in force and there are no firm details as to when it will be proclaimed into force either in whole or in part) (the “new Act”), the ‘default’ situation will be that a Corporation can recover up to the deductible amount from an owner where the owner’s act or omission causes damage to any unit or to the common elements. In other words, the default situation will be the same as the Typical By-law.

The new Act does not mention grandfathering of existing Insurance Deductible By-laws.

The Strict Liability By-law would make it easier for a Corporation to collect insurance deductibles from owners, and should help to avoid disputes. It is not easy to pass a by-law in many situations and owners may take some convincing to vote for a Strict Liability standard, making such by-laws a challenge to pass in many situations. Overall, a Strict Liability By-law is more favourable to a Corporation, at the expense of imposing more responsibility upon individual owners who may obtain insurance to cover the possibility of having to pay a Corporation deductible. Having it is helpful for condominiums, rather than to get into disputes about an ‘act or omission’.  For example, if a unit pipe bursts, there could be a dispute about whether the owner had caused the damage through an act or omission (an omission may be lack of maintenance).

This is not an easy issue.  If we knew for certain that the new Act would grandfather insurance deductible by-laws, it may be worthwhile to enact assuming that the requisite level of support could be obtained from owners.  Every condominium will be different in terms of whether it makes sense to take the risk and incur the cost and inconvenience of enacting a by-law on relatively-short notice.

There is a risk that such a by-law may not be valid once the applicable changes to the Act are finalized and come into force.

Enacting a Declaration amendment prior to July 1, 2017 carries similar considerations, with the benefit of having ‘only’ to obtain written consents of 80% owners as opposed to 90% after July 1, 2017. Note also that such an amendment must meet the requirements of the regulations, so there is no guarantee that such an amendment will be effective as we do not know what additional requirements (if any) would be found in the regulations in this regard.

Another option may be to wait for more clarity on the grandfathering issue leading up to July 1.  This may leave less (or not enough) time to implement.