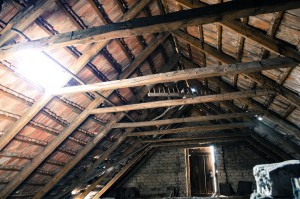 The facts of that case were essentially as follows.  A unit owner in a condominium townhouse complex, without the knowledge of the Board or management, installed an unauthorized addition to the unit in the attic area.  A third floor was in effect created.  The problem was that the attic formed part of the common elements, not the unit.

The plaintiff in this case, Ms. Rainville (formerly Orr), purchased the unit from the owner who had performed the attic addition, assuming that the third floor attic was included within the unit.  After the owner and condominium subsequently discovered the unauthorized additions, litigation was commenced by the plaintiff against various parties, including the condominium corporation, her lawyers who acted for her on the purchase and the condominium’s management company.

The Court of Appeal also confirmed the liability of the plaintiff’s lawyers for damages relating to the failure to fully advise the plaintiff.  This is significant, and confirms that a lawyer acting on a condominium purchase should be reviewing the entirety of the condominium plans with his/her client to confirm that the client is aware of the extent of the unit being purchased.

The main lesson in my view from this case is that a condominium corporation should be extremely careful in making any such statement.  In fact, I would suggest that such a blanket volunteered statement should not be provided, period.

I can understand the desire in many cases to add statements to the Status Certificate, especially because the current form can be difficult to understand and many seemingly relevant issues are not addressed at all.  The anticipated changes to the Condominium Act may address the Status Certificate form, and I would point out that the Condominium Act Review: Stage 2 Solutions Report has a specific recommendation as follows:  “The certificate should include a range of new information, such as a warning that the unit has not been inspected for alterations (unless otherwise stated), insurance coverage on outstanding litigation and the corporation’s policy on pets.”  (emphasis added)

I would address one final aspect of this case which should not be neglected in such a discussion:  the legal costs.  Note that the plaintiff’s lawyers were ordered to pay almost $900,000 in costs in the trial judge’s decision.  The Court of Appeal has not yet ruled on the costs issues.  The trial lasted 43 hearing days over three months, and the legal costs of the various parties combined appears to be in the millions of dollars.  It is quite unfortunate that a dispute of this nature evolved into such a complex and costly matter.  The Court of Appeal noted with respect to costs that “This is a case in which the perils of disproportionality are on full display.”  The Court of Appeal has not yet made a decision concerning costs of the appeal.