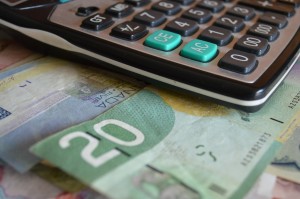 First year budget deficiency issues rarely make it to the courtroom.  Under the Condominium Act, 1998, such issues are to be determined by mediation and, if necessary, arbitration.

Only if an arbitration decision was appealed would we see a reported court decision.  We now have such a recent court decision, released on January 16, 2015:  90 St. George St. v. Ottawa-Carleton Standard Condominium Corporation No. 815.

In this case, a condominium made a claim against the declarant for recovery of a first year budget deficiency in the approximate amount of $125,000.

The declarant disputed the claim, in part questioning the reasonableness of increased security, concierge and superintendent costs.  Mediation was unsuccessful.

The arbitrator decided that the condominium was entitled to approximately $116,000 plus interest calculated from the commencement of the claim based on the interest rate in the condominium’s bylaws applicable to common element costs.

On appeal by the declarant, the Ontario Superior Court of Justice ruled as follows concerning the key issues:

The court ruled that the standard of review of such an arbitration decision in a condominium context should be ‘correctness’, not ‘reasonableness’.  The rationale was in part that the Condominium Act’s purpose is to protect consumers and that there existed an imbalance in power between condominium developers and homeowner controlled condominiums.

The Court then disagreed with the arbitrator’s decision that the declarant was not entitled to challenge the propriety and reasonableness of the budget elements in question.  In part, the Court considered that it would be inconsistent for the legislature to enact the mediation and arbitration process established in the Act for such disputes and then remove the ability of the declarant to dispute the propriety and reasonableness of the expenses through that process.

All of that said, the Court went on to find that the arbitrator did in fact review the reasonableness of the expenses in question and that the results of the arbitration would have been the same regardless of the arbitrator’s interpretation of the relevant portions of the Act as discussed above.  The award of $116,000 with respect to the first year budget deficiency was confirmed.

The arbitrator awarded interest on the subject amount based upon the condominium’s by-laws which provided an interest rate of three percent over prime, compounded monthly.  This is a high rate of interest, especially compared with interest under the Courts of Justice Act, so therefore an important part of this decision.

All in all, this is a well-reasoned decision in my view. The confirmation that the declarant can dispute the propriety and reasonableness of first year expenses seems obvious.  The other aspects of the decision such as the calculation of interest, and the inclusion of costs of the mediation are less obvious and perhaps novel in this context to some degree.

As a final comment, the award of $90,000 in costs of the arbitration (which does not include the costs of the appeal which are yet to be determined but presumably would be in favour of the condominium) provides some indication as to why we do not see a lot of court decisions on budget deficiency issues.  The amounts at stake in a typical case are such that the costs of litigation (mediation, arbitration, and Superior Court as the case may be) provide incentive for parties to resolve issues at an early stage.